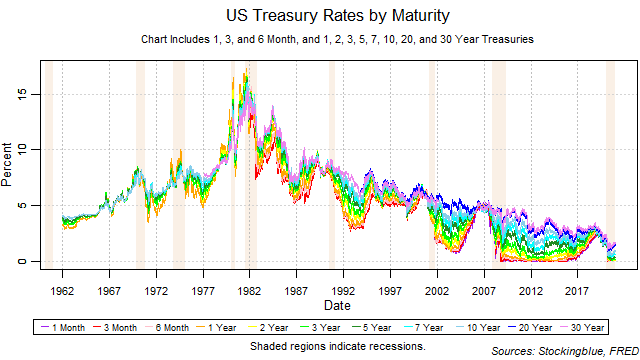 All rates trended downwards for the second year in a row.  The yield curve widened over the course of the year.  A narrowing from the short-term is a warning sign for an inversion that indicates recession. 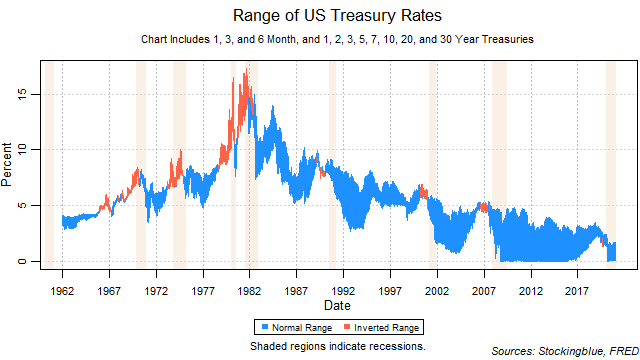 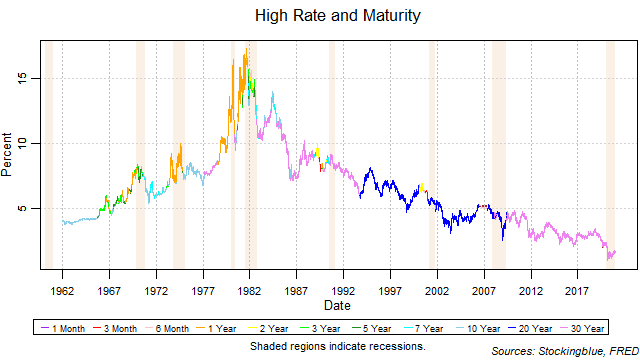 The thirty-year bond held the highest rate throughout the year. 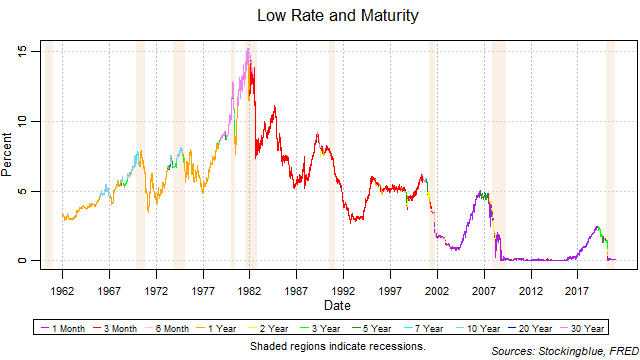 The one-month bill had trouble holding the lowest rate for a good chunk of the year.