The Correlation between Minimum Wage and Shadow Economies in North America 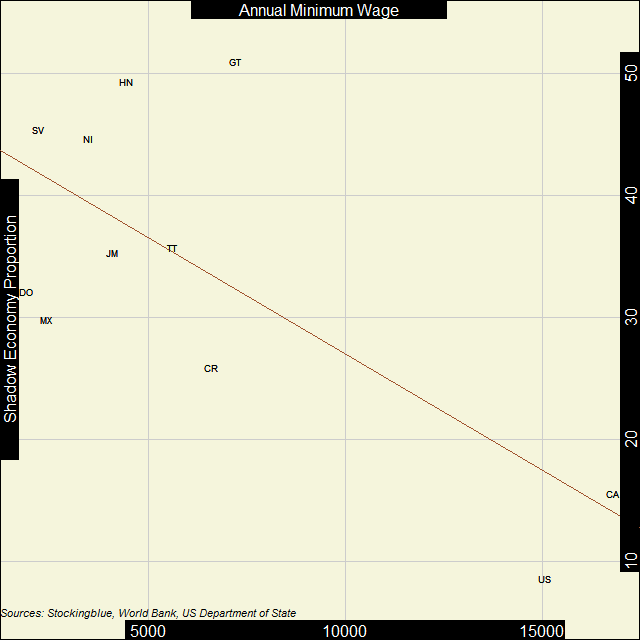 It seems pretty obvious by looking at this data that there is no relationship between the two variables, even though the coefficient is pretty high.