The Correlation between Minimum Wage and Economic Strength in North America 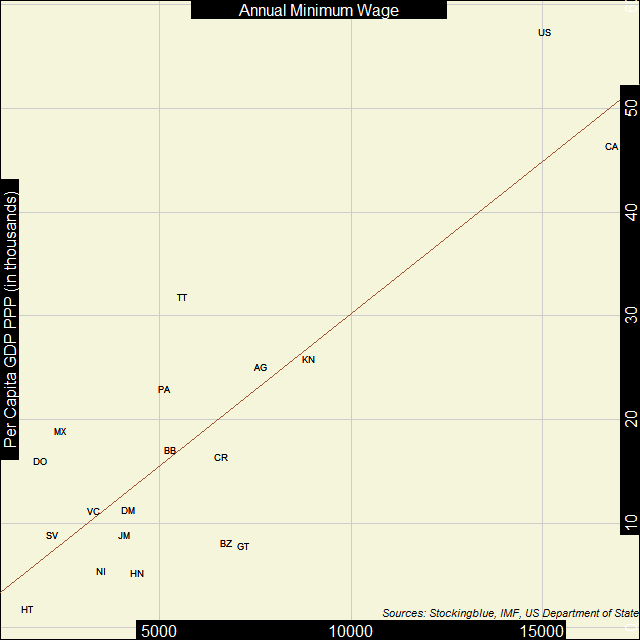 Per capita GDP PPP as a multiple of minimum wage, ranges from 1.10 in Guatemala to 8.54 in the Dominican Republic.