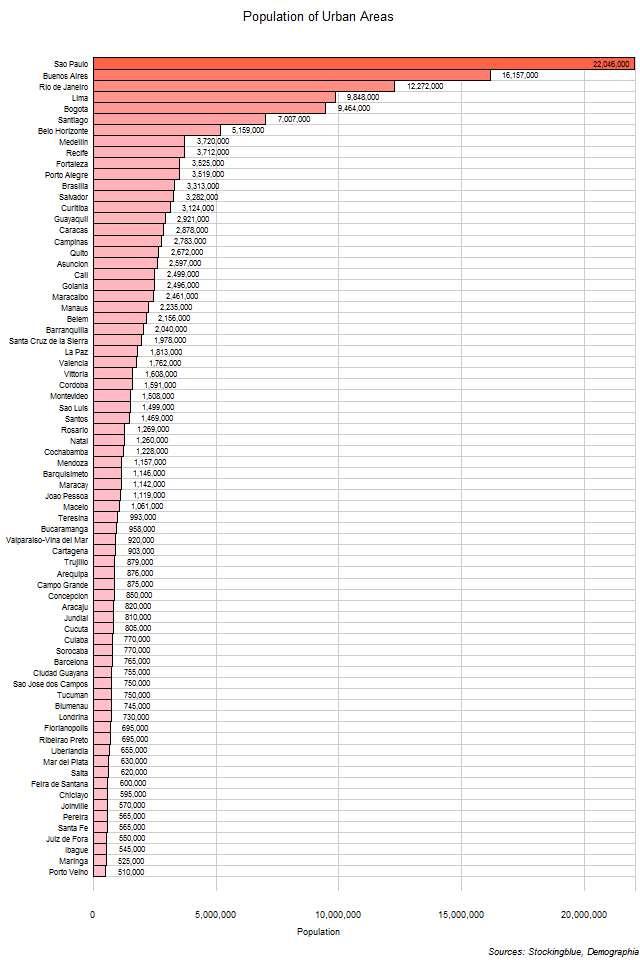 The chart above shows the population of each urban area with a population over 500,000.  The urban areas have been normalized so as to avoid any inconsistencies with how cities and their metropolitan areas are defined by their governments.  Each urban area has similar characteristics making this the definitive method with which to compare cities across various countries.  All urban areas over 10 million people in South America belong to either Argentina or Brazil.

Only 10 of the 15 South American states have urban areas with at least 500,000 people.  Of these, the Brazil has 36; Colombia has nine; Argentina has eight; Venezuela has seven; Peru has four; Chile and Bolivia each have three; Ecuador has two; and Paraguay and Uruguay each have one.

The Falkland Islands (Malvinas), French Guiana, Guyana, South Georgia and the South Sandwich Islands, and Suriname do not have any urban areas with a population over 500,000 inhabitants.