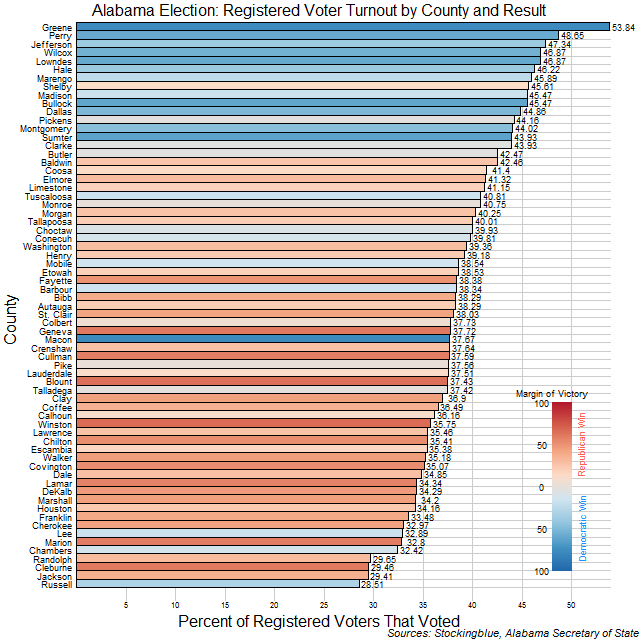 Doug Jones did well in counties where a relatively large portion of the registered population showed up to vote.

The data does not tell us if the counties won by Moore were won because Democrats stayed home or that his victory in those counties would have been greater had more Republicans voted.