Potato Production in the United States 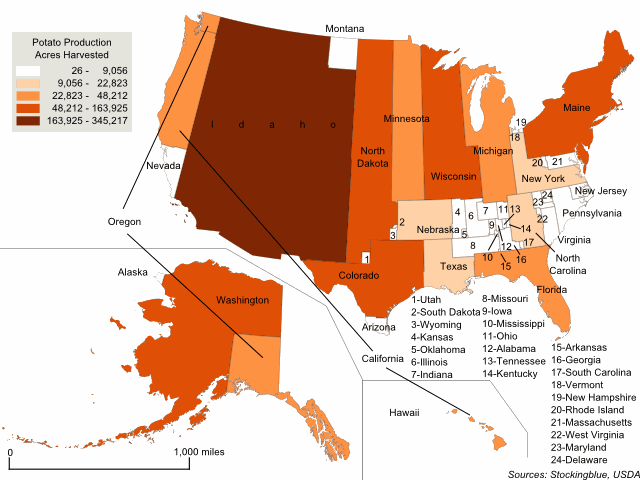 This week, the focus is on common Thanksgiving foods and which states produce them.  The geographically accurate cartogram above redraws the states' sizes based on potato production.  Specifically the number of acres harvested.  All 50 states produce the crop but there is one clear leader in the production of potatoes accounting for nearly one-third of the acres dedicated to the root: Idaho.

This is clearly a northern crop as all the states with the greatest acreage dedicated to growing it are northern states.