Turkey Production in the United States 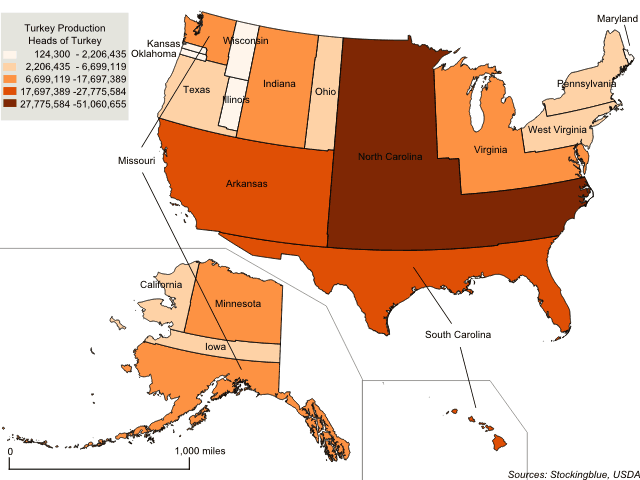 This week, the focus is on common Thanksgiving foods and which states produce them.  The geographically accurate cartogram above redraws the states' sizes based on turkey production.  Specifically the number of heads of turkey.  Only 24 states produce the bird and of the 24, the USDA publishes data on only 18 of them due to the other six states having few producers which would make it easy for their competitors to know how large their operations are.

Unlike pumpkin production which primarily takes place in northern states, the South dominates in the number of turkeys being raised.  Southern states are responsible for nearly three out of every four turkeys in production.

An interesting note is that of the states that the USDA released figures for, the turkey population in the country is only 195,473,356.  There are more people than turkeys in this country even though at times it doesn't seem very likely that that is the case.