Pumpkin Production in the United States 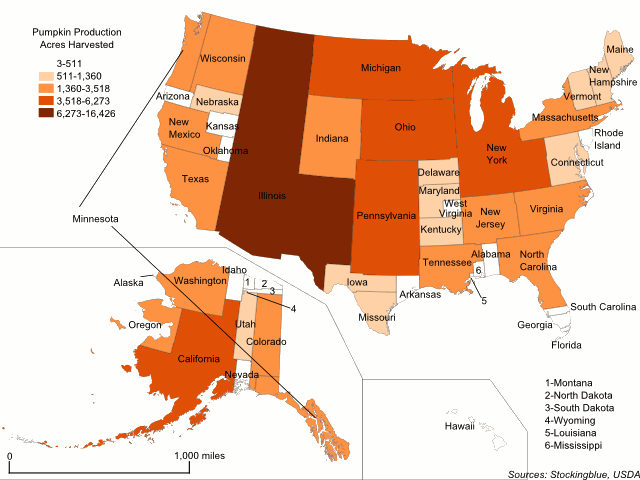 This week, the focus is on common Thanksgiving foods and which states produce them.  The geographically accurate cartogram above redraws the states' sizes based on pumpkin production.  Specifically the number of acres dedicated to the pumpkin harvest.  Every state produces pumpkins, but some dedicate so few acres to the crop that they barely show up on the map, namely Alaska, Wyoming, and Louisiana.

California is the only major producer west of the Mississippi.

As the map above portrays the States' borders as they would have been delineated based on the number of acres dedicated to the pumpkin harvest, it is safe to say that pumpkins are a crop that is more commonly grown in eastern states and barely bothered with in the Great Plains.  In the South, only Texas, North Carolina, Tennessee, and Virginia dedicate a significant amount of acreage to the crop.