Cranberry Production in the United States 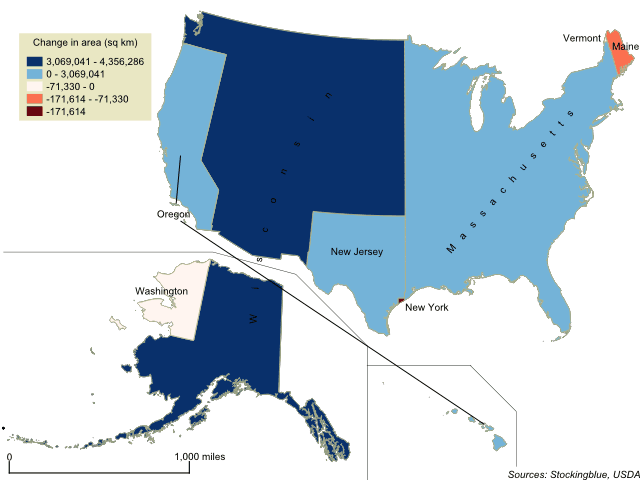 Where does Thanksgiving dinner come from?  This week, the focus is on some staple Thanksgiving foods and which states produce them.  The geographically accurate cartogram above redraws the states' sizes based on cranberry production.  There are only a few states that produce the fruit according to the United States Agriculture Census.

Of the states that the USDA does report, two stand out as dedicating the most acreage to cranberry production: Wisconsin and Massachusetts.

There are also a handful of states that have a considerable number of acres dedicated to cranberry production but come nowhere near to the big two, these are: New Jersey, Oregon, Washington and Maine.  Finally, New York, Vermont, Minnesota, and Pennsylvania also grow cranberries but their production is extremely small.