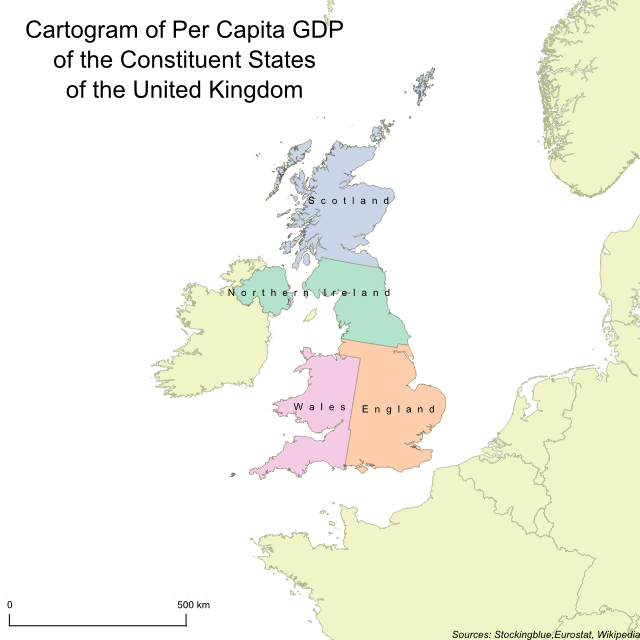 The per capita GDP of the United Kingdom is €35,572.33 which would rank it second just under England and above Scotland.