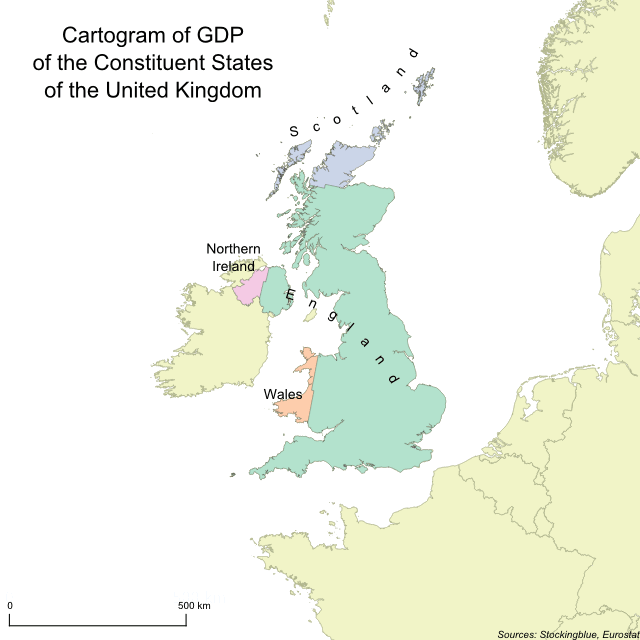 In this geographically accurate cartogram, the constituent states of the United Kingdom are redrawn according to their gross domestic product (GDP).  England is the only state to gain territory at the expense of the other three and it gains more territory than it did when borders were redrawn for population.