Population Cartogram of Constituent States of the United Kingdom 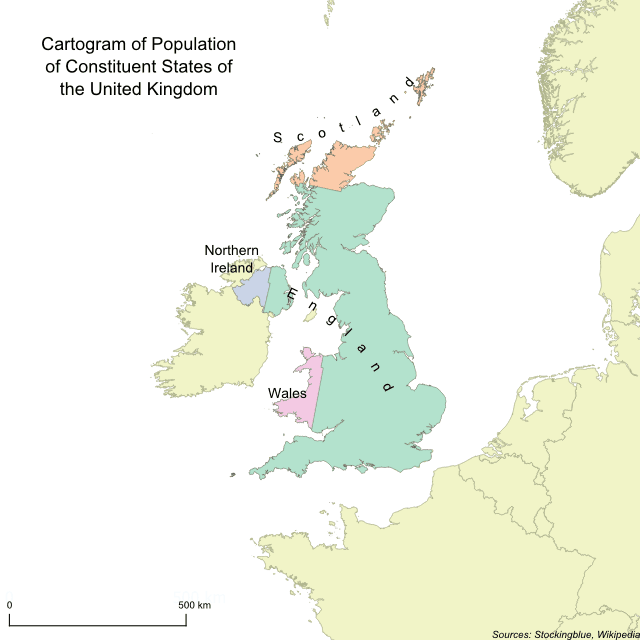 In this geographically accurate cartogram, the constituent states of the United Kingdom are redrawn according to their population.  England is the only state to gain territory at the expense of the other three.

In absolute terms, England gains the most territory while Scotland loses the most.

Northern Ireland loses half of its territory while Wales loses just over two-fifths.