The Geographic Distribution of Military Personnel in the European Union 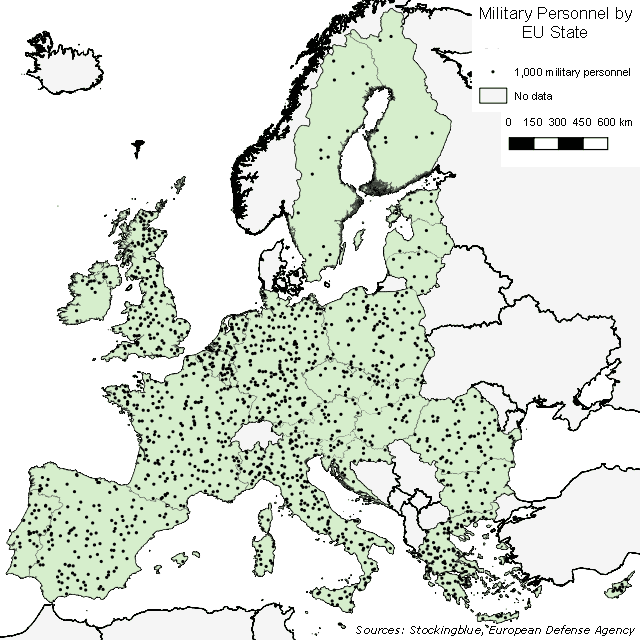 The EU, if it were to ever have a unified military force would see most of its personnel come from very few states.  As can be seen in the map above, Nordic and Baltic countries have a limited number of military personnel.

With the United Kingdom about to exit the European Union, the EU is about to lose one of its larger armies.

Baltic and Nordic countries have limited armies even though they are consistently worried about Russia's military might.  Greece, on the other hand refuses to take any chances with their rival Turkey.  Apparently, the Netherlands takes its mortal enemy, the sea, quite seriously as well yielding the ninth largest number of military personnel in the Union.