Air Travel per Capita in US States 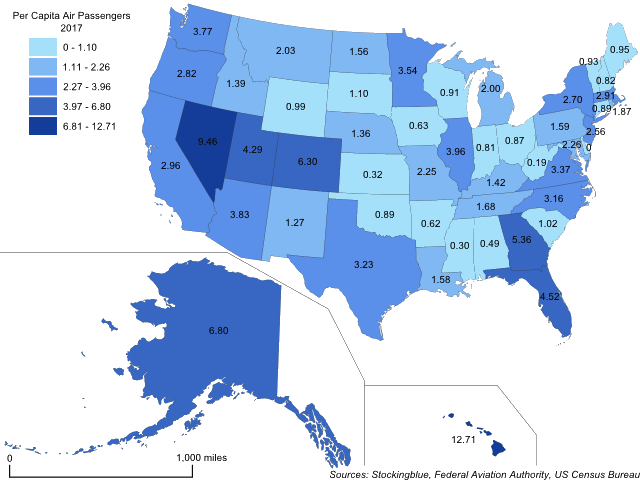 California which has the most air travelers overall, ranks 15th when its population is taken into account.  The other two leaders in the overall metric, Florida and Texas, rank sixth and 13th in this metric, respectively.