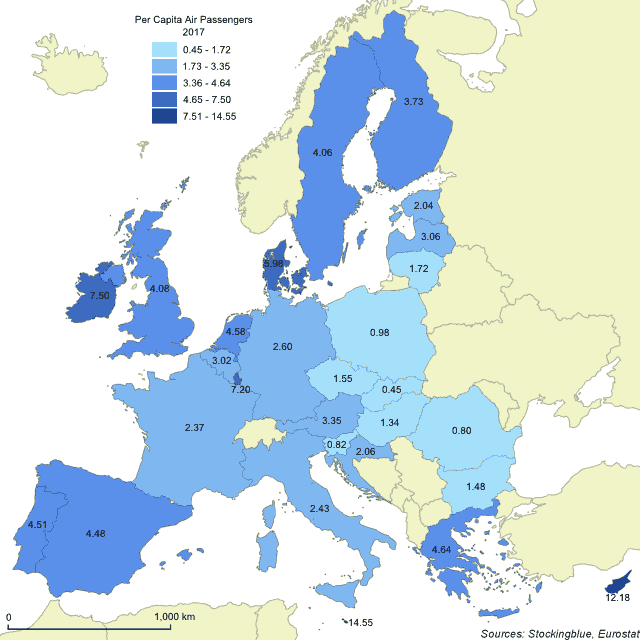 The map above shows the number of passengers that traveled by air for every resident in each EU state.  The two island states of Cyprus and Malta have a commanding lead over all other EU states and are the only two states with more than ten air passengers for every inhabitant.

The United Kingdom which has the most air travelers overall, ranks tenth when its population is taken into account.  The other two leaders in the overall metric, Germany and Spain, rank 16th and ninth in this metric, respectively.

Of the 12 states with a population over 10 million, Greece, the Netherlands, and Portugal all have more than 4.50 times their population in air travelers.

Of the five states with more than 100 million air passengers, Spain and the United Kingdom have more than four times their population in air travelers.  Germany, Italy, and France have just above two.