Air Travel in US States 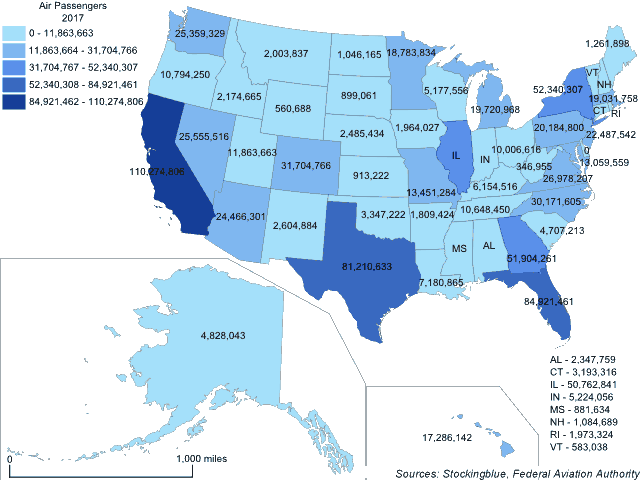 The map above shows the number of passengers that traveled by air in each US state.  California has a commanding lead over every other US state.

Some states share airports and thus air travel may be skewed by the fact that people from one state use an airport in another.  One prime example is Delaware whose residents either use airports in Pennsylvania or Maryland bumping up the numbers for those two states.  Another is New York and New Jersey.  One of New York City's major airports is located just across the border in New Jersey significantly lowering the number of air travelers in the New York data and bumping up New Jersey's number.

The big three are California, Florida, and Texas.  Not surprisingly, they are also the three most populous states in the country, although, not in that order.