Busy Commercial Airports per Area in US States 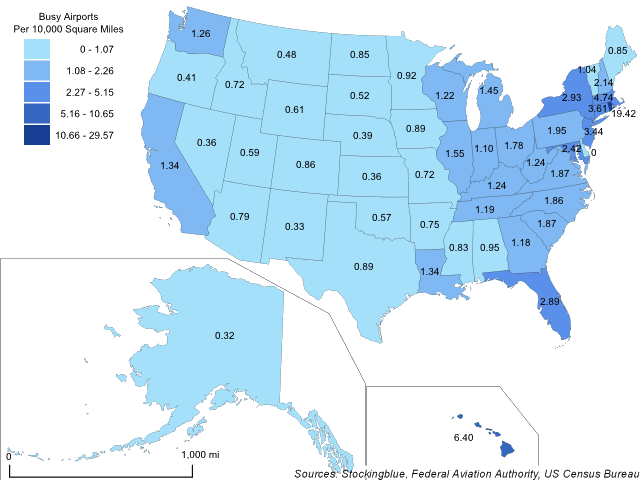 The map above shows the number of airports that serve at least 15,000 passengers per year for every 10,000 square miles in each US state.  Rhode Island has the most busy airports per square mile.