Busy Commercial Airports per Million People in US States 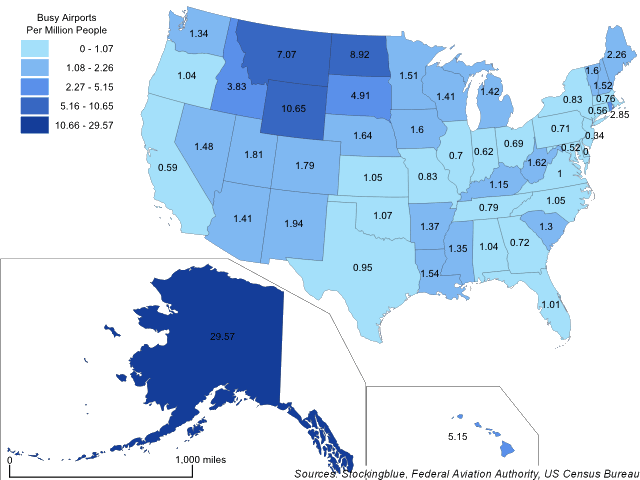 The map above shows the number of airports that serve at least 15,000 passengers per year for every million residents in each US state.  Alaska has the most airports per capita by a large margin.

Alaska has so many busy airports relative to its population because many of its cities and towns are not connected by roads and bush planes make up a relatively large portion of the state's travel.  What is surprising to see is that the next grouping of states with a high ratio of busy airports to residents are all located in upper Rocky Mountain states and the Dakotas.  Only two other states rival this region's states in this metric: Hawaii and Rhode Island.  Hawaii makes sense as it is a cluster of islands.