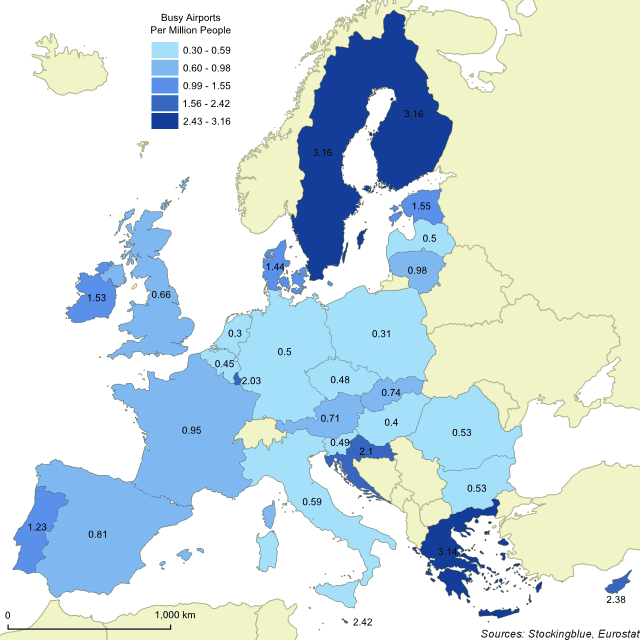 The map above shows the number of airports that serve at least 15,000 passengers per year for every million residents in each EU state.  Sweden has the most busy airports per capita.

Sweden, Finland, and Greece lead in number of busy airports per capita possibly due to the two Nordic states' long and narrow geography and Greece's multitude of islands.  These are the only three states with more than three busy airports per million inhabitants.  Luxembourg, Croatia, Cyprus, and Malta have more than two airports per million inhabitants while Portugal, Denmark, Ireland, and Estonia each have more than one.  It is interesting to see that two geographically large states are followed by geographically small states.