Busy Commercial Airports per Million International Tourists in the US 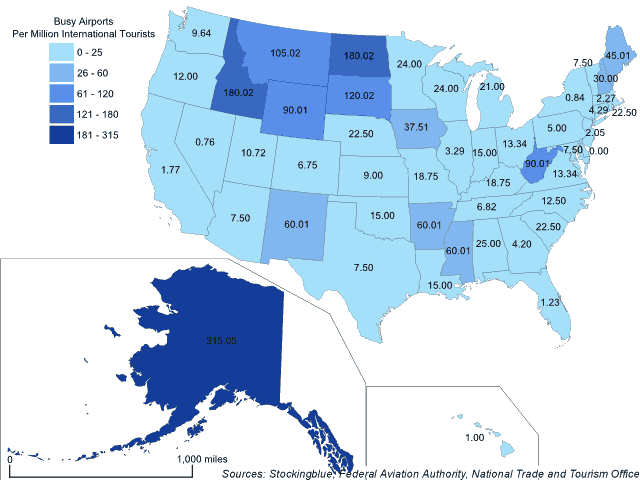 Alaska's high number is not surprising as its airports mostly serve the state's population as the state's road network is very limited.