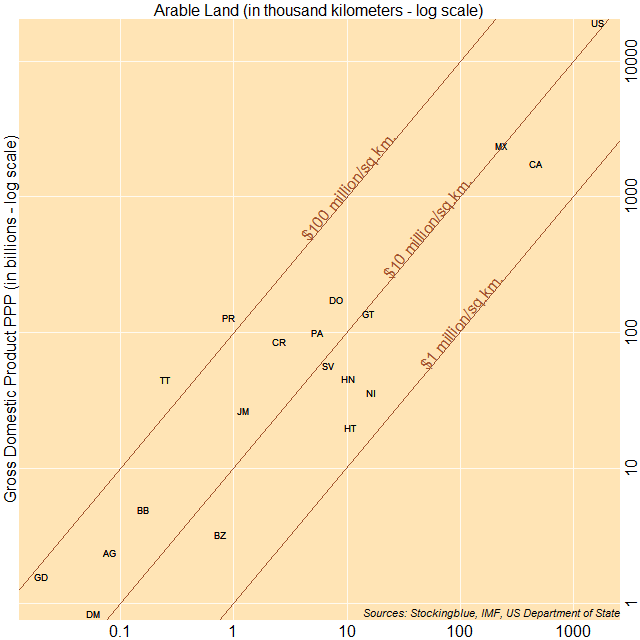 Even after factoring in for Canada's vast frozen expanse, the country still has one of the lowest economic outputs per square kilometer of arable land.

The United States does not fare as well here as it did when comparing its economic output to its total area.  This is due to the fact that the country has large portions of arable land compared to its North American neighbors.