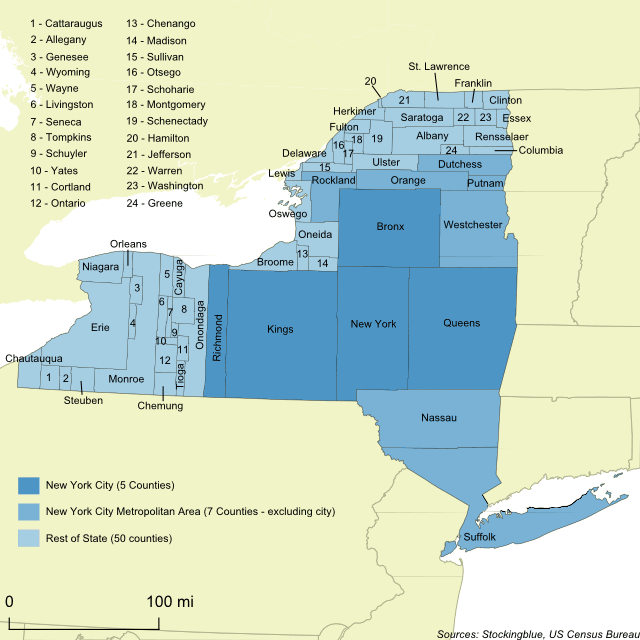 The geographically accurate cartogram above represents the size of the counties based on their population.  New York City makes up nearly half (42.19%) of the state's population and thus takes up a much larger portion of the state's landmass than it currently does.

The city combined with its metropolitan area take up 74.90% of the state's area leaving just slightly over a quarter of the state for the remaining counties.