The Correlation between Shadow Economies and Economic Strength in North America 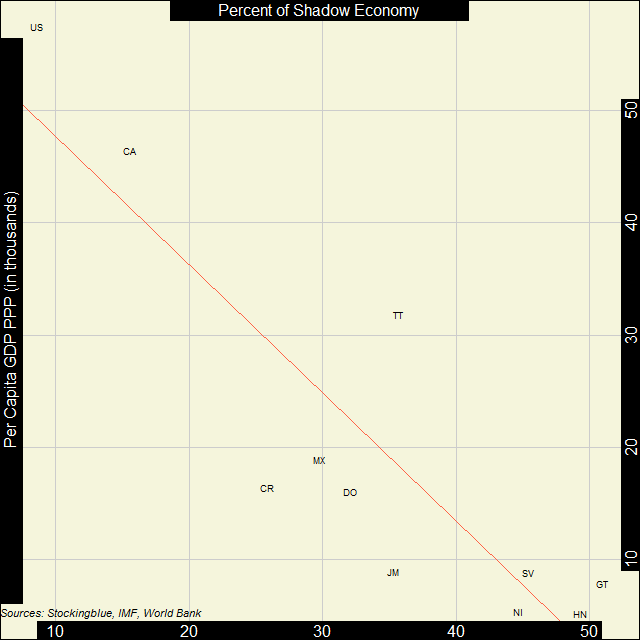 In North America, the indirect correlation between economic strength and the strength of the shadow economy is very strong.  The United States and Canada have by far the largest economies and the smallest proportion of underground activity.

The two largest economies, the United States and Canada, also have the two smallest proportions of shadow activity.  Although Trinidad and Tobago has the next largest GDP PPP, it's shadow economy as a percent of the overall economy is larger than four countries (Costa Rica, Mexico, Dominican Republic, and Jamaica) with a GDP PPP half its size.

There is a cluster of countries whose per capita GDP PPP is less than 10,000 international dollars and whose shadow economies all make up at least 40-something percent of the overall economy.

Jamaica is the only country that has a GDP PPP less than 10,000 international dollars whose shadow economy comprises less than 40 percent of its overall economy.