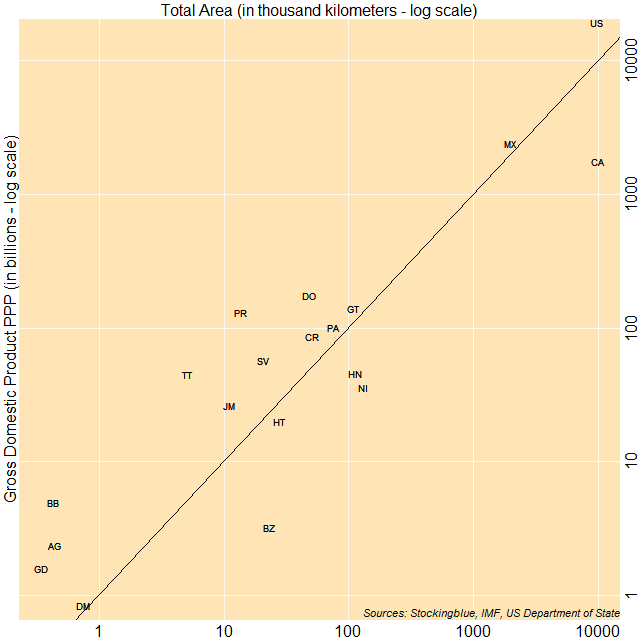 The chart above shows economic output as it relates to land area.  The countries to the top left of the diagonal line have a gross domestic product (GDP) of over one million international dollars per square kilometer, while countries to the bottom right have a GDP that is less than one million dollars per square kilometer.  Puerto Rico, Trinidad and Tobago, and Barbados have the largest ratio of GDP to area whereas Nicaragua, Canada, and Belize have the smallest ratio of GDP to area.

Canada is the one country that sticks out, as its huge expanse within and in close proximity to the Arctic Circle may be responsible for such a small ratio, the second smallest on the continent.

The United States is pretty impressive because even though it has the second largest area, it still manages to have a GDP that is produces nearly 2 million international dollars per square kilometer.