The Correlation between Minimum Wage and Shadow Economies in Africa 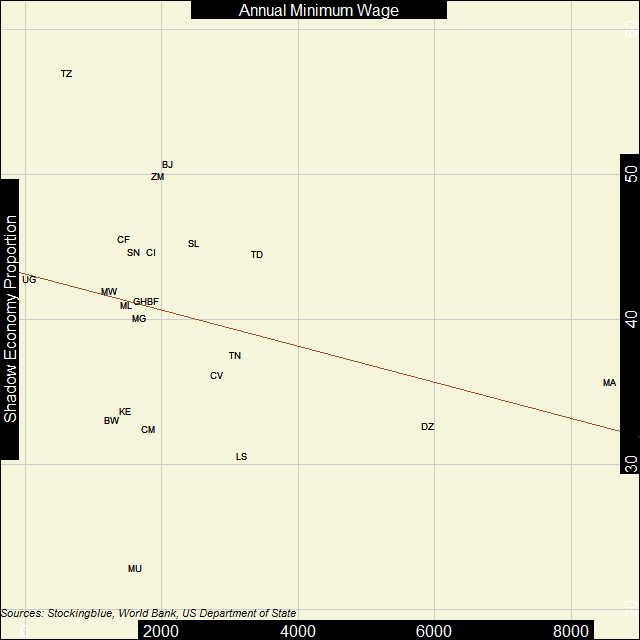 Unlike Europe and Asia, there are no geographic clusters with this dataset in Africa.  What the data does show however, is that regardless of what the minimum wage is, the strength of the shadow economy can range from being very weak to very strong as there is an entire cluster of nations whose minimum wage is similar but the shadow economy can take up anywhere from one-fifth to three-fifths of the overall economy.

Like Asia, there is no correlation between the strength of a shadow economy and the minimum wage.