The Correlation between Minimum Wage and Shadow Economies in Europe 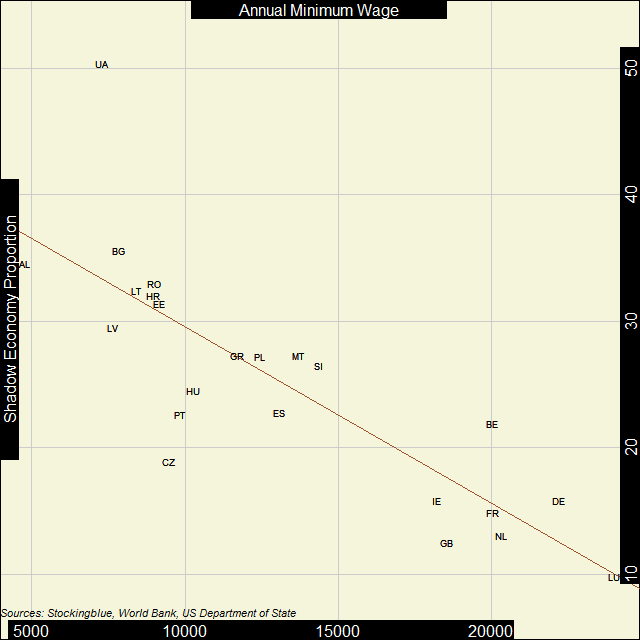 Ukraine is the only outlier in this dataset and even if it were to be removed, the correlation between the two variables would still be pretty strong.  There are three geographic clusters that show up: Balkan and Baltic countries are in the strong shadow economy and low minimum wage cluster, Western European countries are in the weak shadow economy and high minimum wage cluster, and Southern and Eastern European countries are clustered in the middle.

Unlike the Americas, there is a correlation between the strength of a shadow economy and the minimum wage but geography seems to also play a role.