The Correlation between Minimum Wage and Economic Strength in Oceania 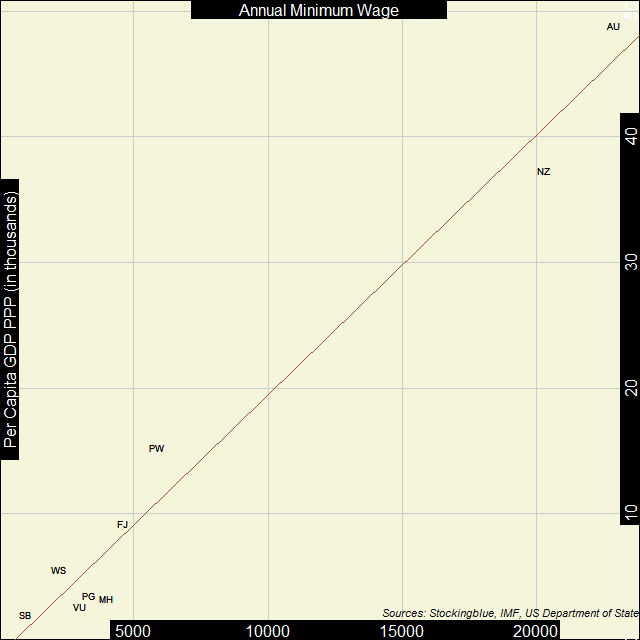 In Oceania, the correlation between economic strength and the minimum wage is extremely strong. As far as these metrics go, there's New Zealand and Australia, and then there's everyone else.