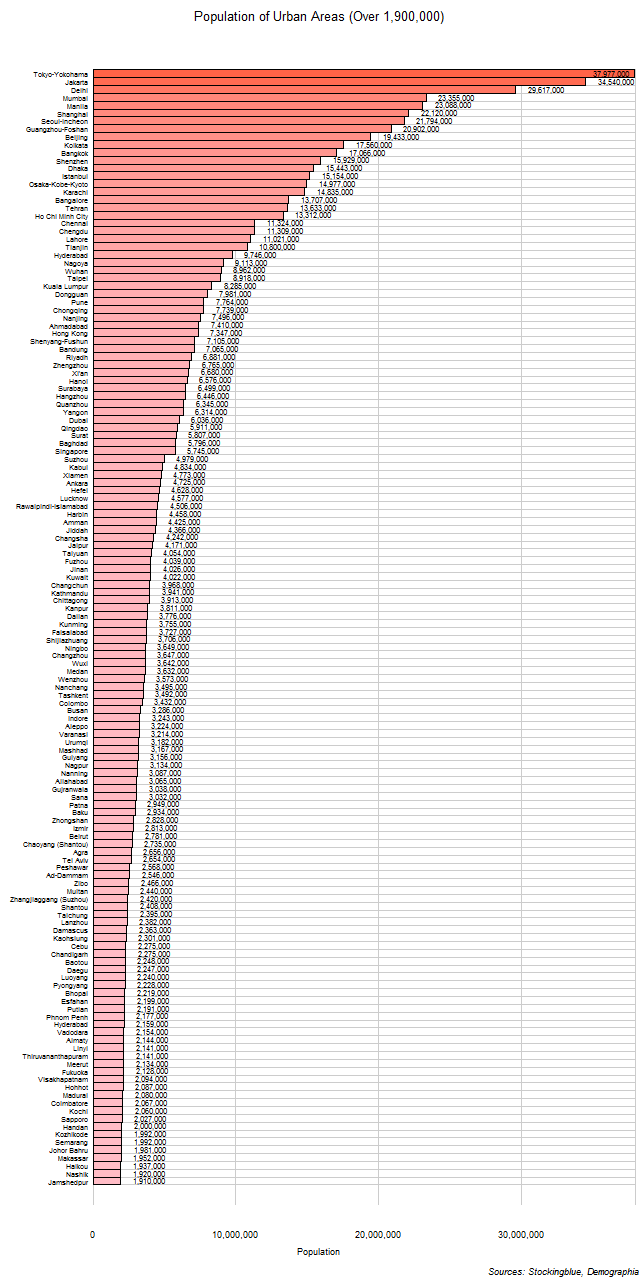 The chart above shows the population of each urban area with a population over 1,900,000 while the charts below show all urban areas with a population between 940,000 and 1,900,000, between 640,000 and 940,000 people, and between 500,000 and 640,000 people.  The urban areas have been normalized so as to avoid any inconsistencies with how cities and their metropolitan areas are defined by their governments.  Each urban area has similar characteristics making this the definitive method with which to compare cities across various countries.  Tokyo has the largest population by far. 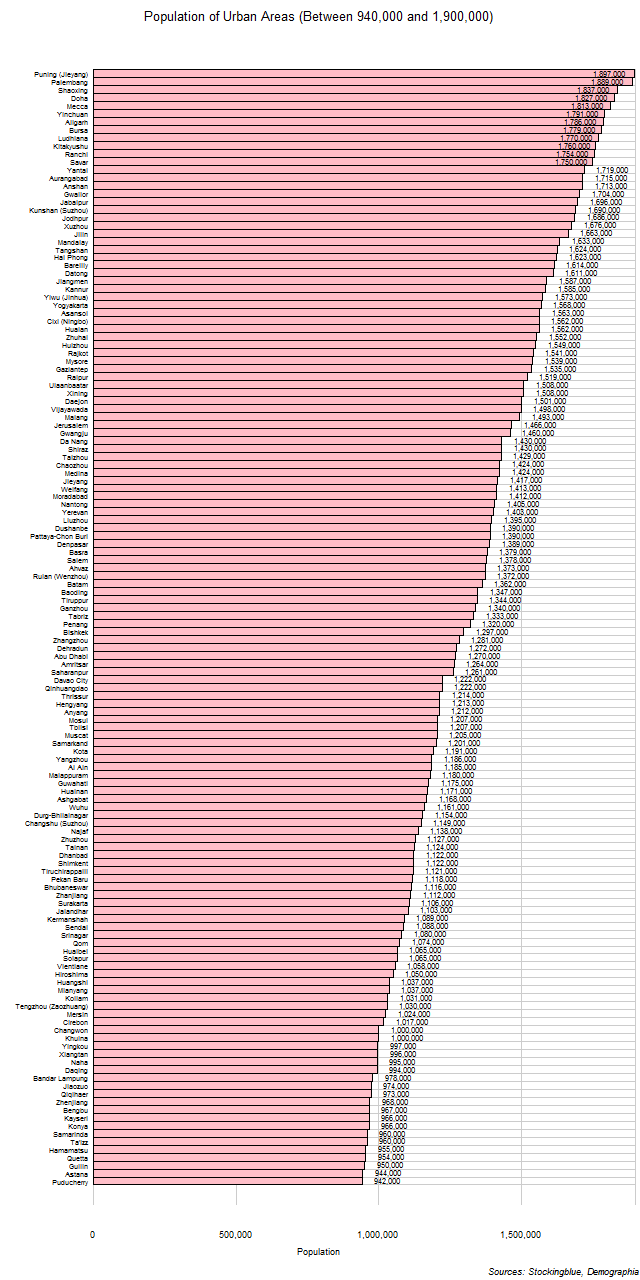 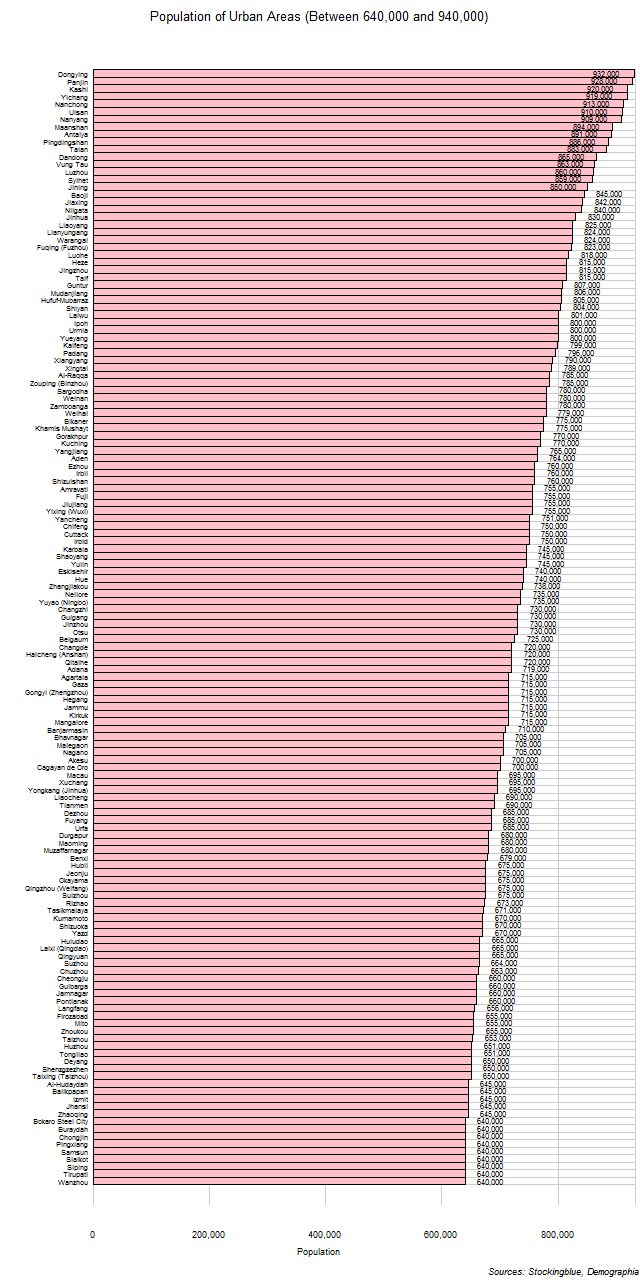 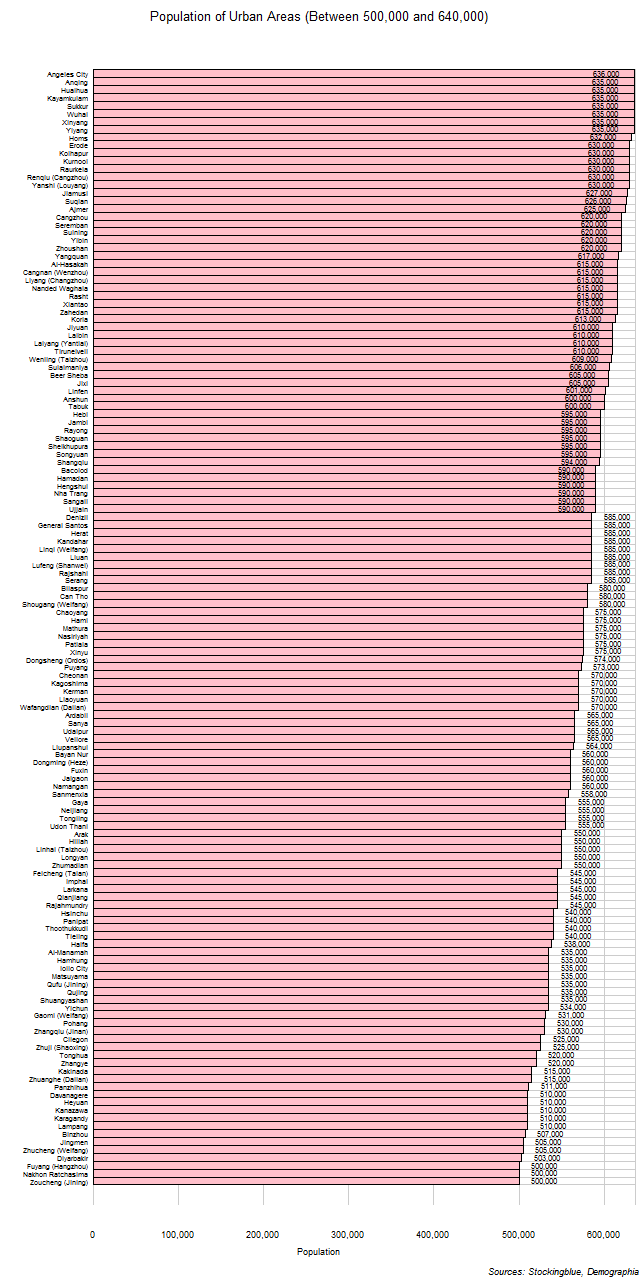 Only 46 of the 54 Asian states have urban areas with at least 500,000 people.  Of these, China has 248; India has 108; Indonesia has 24; Japan has 21; Iran and Turkey each have 16; Pakistan has 14; South Korea has 11; Iraq and Saudi Arabia each have ten; the Philippines has nine; Vietnam has eight; Bangladesh, Malaysia, and Thailand each have six; Syria and Taiwan each have five; Israel, Kazakhstan, and Yemen each have four; Afghanistan, North Korea, the United Arab Emirates, and Uzbekistan each have three; Jordan and Myanmar each have two; and Armenia, Azerbaijan, Bahrain, Cambodia, Georgia, Hong Kong, Kuwait, Kyrgyzstan, Laos, Lebanon, Macao, Mongolia, Nepal, Oman, Palestine, Qatar, Singapore, Sri Lanka, Tajikistan, and Turkmenistan each have one.

Bhutan, the British Indian Ocean Territory, Brunei, Christmas Island, the Cocos (Keeling) Islands, Cyprus, Maldives, and Timor-Leste do not have any urban areas with a population over 500,000 inhabitants.