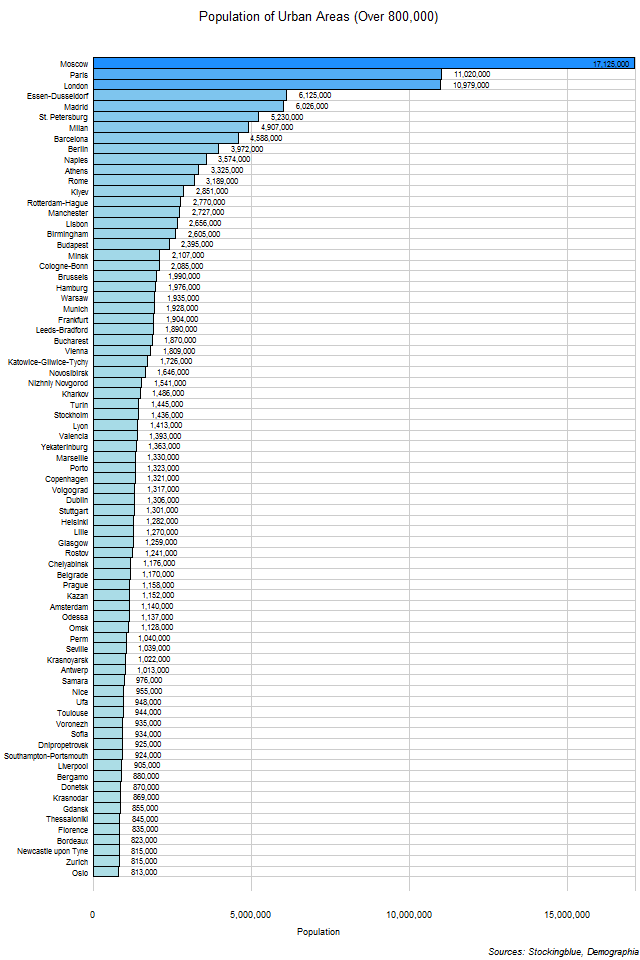 The chart above shows the population of each urban area with a population over 800,000 while the chart below shows all urban areas with a population between 500,000 and 800,000.  The urban areas have been normalized so as to avoid any inconsistencies with how cities and their metropolitan areas are defined by their governments.  Each urban area has similar characteristics making this the definitive method with which to compare cities across various countries.  Russia has the largest urban area by far. 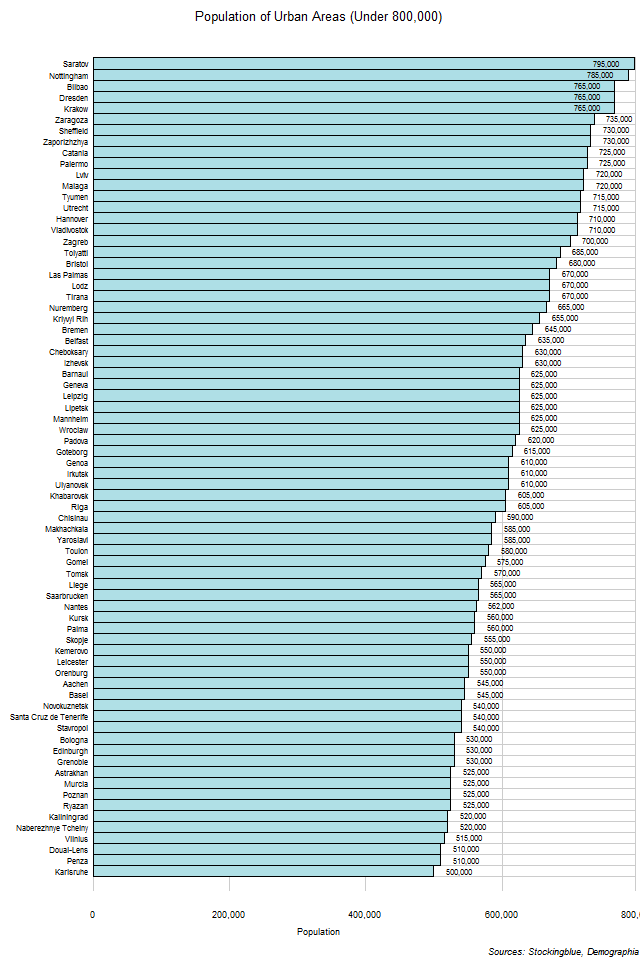 Only 31 of the 51 European states have urban areas with at least 500,000 people.  Of these, Russia has 40; Germany has 16; the United Kingdom has 14; France, Italy, and Spain each have 11; Ukraine has eight; Poland has seven; Belgium, the Netherlands, and Switzerland each have three; Belarus, Greece, Portugal, and Sweden each have two; and Albania, Austria, Bulgaria, Croatia, Czechia, Denmark, Finland, Hungary, Ireland, Latvia, Lithuania, Moldova, North Macedonia, Norway, Romania, and Serbia each have one.

The Aland Islands, Andorra, Bosnia and Herzegovina, Estonia, the Faroe Islands, Gibraltar, Guernsey, Iceland, the Isle of Man, Jersey, Liechtenstein, Luxembourg, Malta, Monaco, Montenegro, San Marino, Slovakia, Slovenia, Svalbard and Jan Mayen, and the Vatican City do not have any urban areas with a population over 500,000 inhabitants.