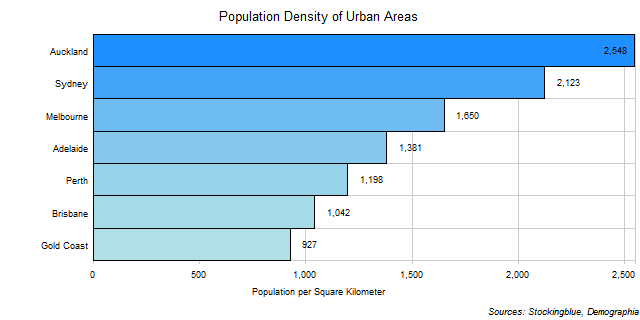 The chart above shows the population density of each urban area with a population of over 500,000.  The urban areas have been normalized so as to avoid any inconsistencies with how cities and their metropolitan areas are defined by their governments.  Each urban area has similar characteristics making this the definitive method with which to compare cities across various countries.  All urban areas with over 500,000 people in Oceania belong to either Australia or New Zealand.

Only two of the 25 Oceanian states have urban areas with at least 500,000 people.  Of these, Nigeria has six and New Zealand has one.