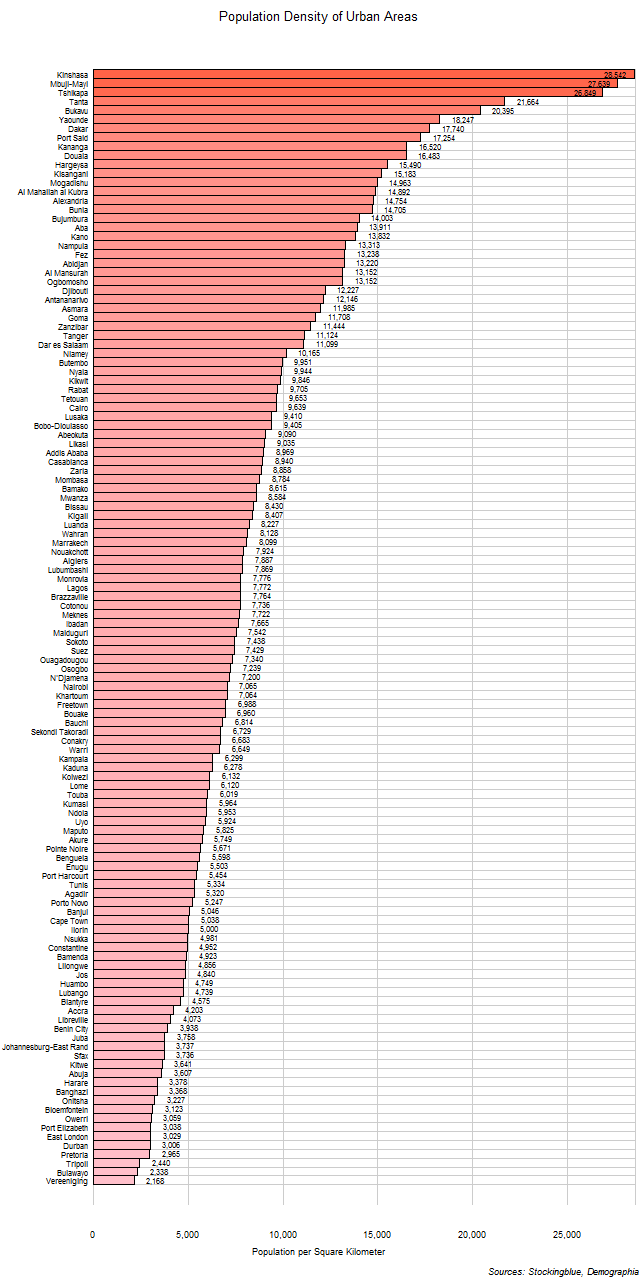 The chart above shows the population density of each urban area with a population of over 500,000.  The urban areas have been normalized so as to avoid any inconsistencies with how cities and their metropolitan areas are defined by their governments.  Each urban area has similar characteristics making this the definitive method with which to compare cities across various countries.  The Democratic Republic of the Congo has the largest urban area by population density by far.

Only 43 of the 58 African states have urban areas with at least 500,000 people.  Of these, Nigeria has 24; the Democratic Republic of the Congo has 13; Morocco and South Africa each have eight; Egypt has seven; Angola has four; Algeria, Cameroon, Ghana, Tanzania, and Zambia each have three; Benin, Burkina Faso, Congo, Cote d'Ivoire, Kenya, Libya, Malawi, Mozambique, Senegal, Somalia, Sudan, Tunisia, and Zimbabwe each have two; and Burundi, Chad, Djibouti, Eritrea, Ethiopia, Gabon, Gambia, Guinea, Guinea-Bissau, Liberia, Madagascar, Mali, Mauritania, Niger, Rwanda, Sierra Leone, South Sudan, Togo, and Uganda each have one.