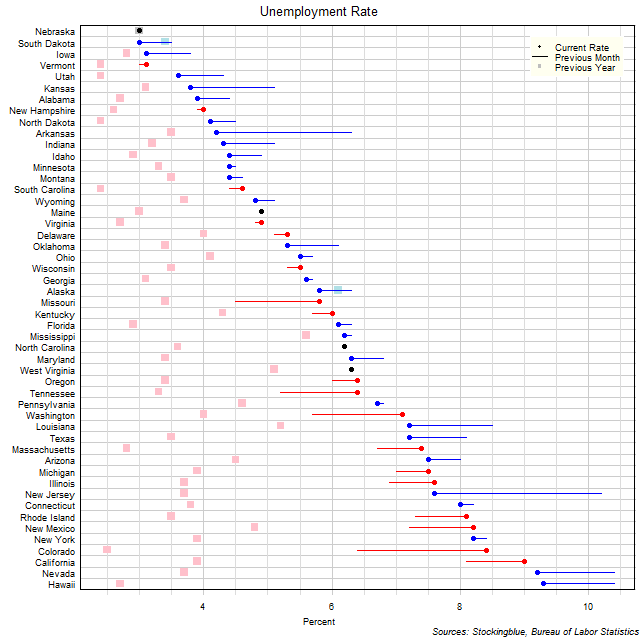 The chart above shows the unemployment rate in each US state as of December 2020, the change from the previous month, and the rate one year prior.  The unemployment rate continues to drop in most states resulting in seven states with a rate below four percent.