The Correlation between Shadow Economies and Economic Strength Worldwide 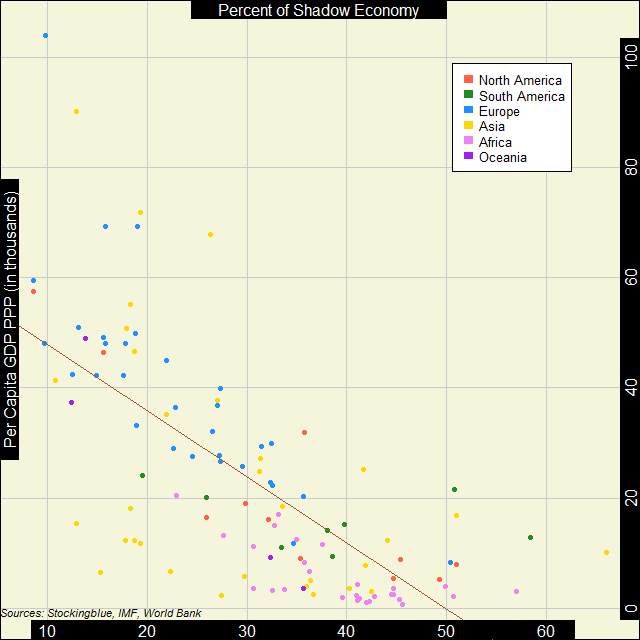 The correlation between economic strength and the strength of the shadow economy is moderate.  Europe and Asia have the countries with the highest per capita GDP PPP while all continents except for Oceania have nations whose shadow economies make up more than half of their overall economies.

Asia is the only continent where countries that have a per capita GDP PPP of less than 20,000 international dollars also have a shadow economy of less than 20 percent of the overall economy.