EU and US Regions by Wooded Area 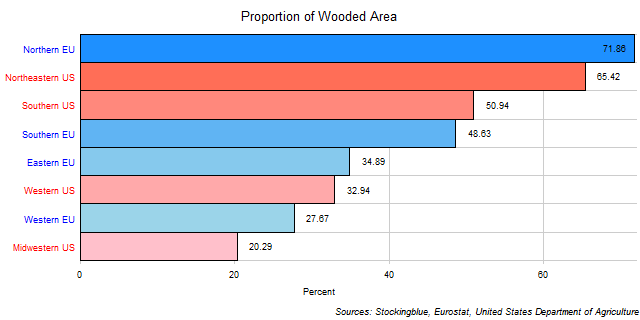 The chart above shows the proportion of each region that is wooded area.  Only three regions have over half their territory covered in wood.