The Correlation between Shadow Economies and Economic Strength in Oceania 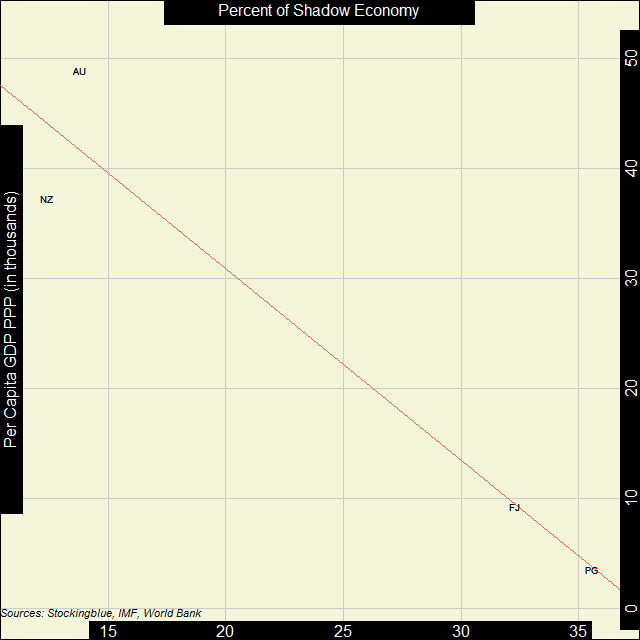 In Oceania, the correlation between economic strength and the strength of the shadow economy is pretty strong.  Every country studied on the continent - excluding Papua New Guinea - has a shadow economy that takes up at most one-third of its overall economy.

There are too few countries in the study but we do see that the economic strength of Australia and New Zealand is several multiples of the smaller nations and the shadow economy of the two states is considerably smaller than Fiji's and Papua New Guinea's.

Papua New Guinea is the only country whose shadow economy takes up over one-third of its overall economy.  Fiji is not far behind.

Both Australia and New Zealand have shadow economies that take up less than 15 percent of their overall economies.