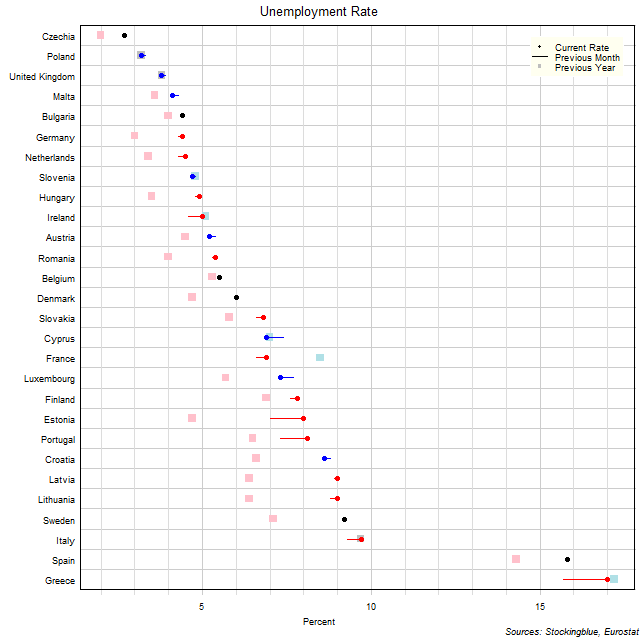 The chart above shows the unemployment rate in each EU state as of July 2020 (unless otherwise noted - see caveats below), the change from the previous month, and the rate one year prior.  Czechia is the only state with an unemployment rate below three percent.

Cyprus (from 19th lowest unemployment rate to 16th lowest) and Luxembourg (from 21st to 18th) each bested three states over the course of the month.  On the flip side, the Netherlands (from 4th to 7th), Estonia (from 17th to 20th), and Portugal (from 18th to 21st) were each bested by three states.  Year-over-year, France (from 25th to 16th) surpassed nine states.  Conversely, Estonia (from 11th to 20th) was bested by nine states.