Per Capita GDP by US State, First Quarter 2020 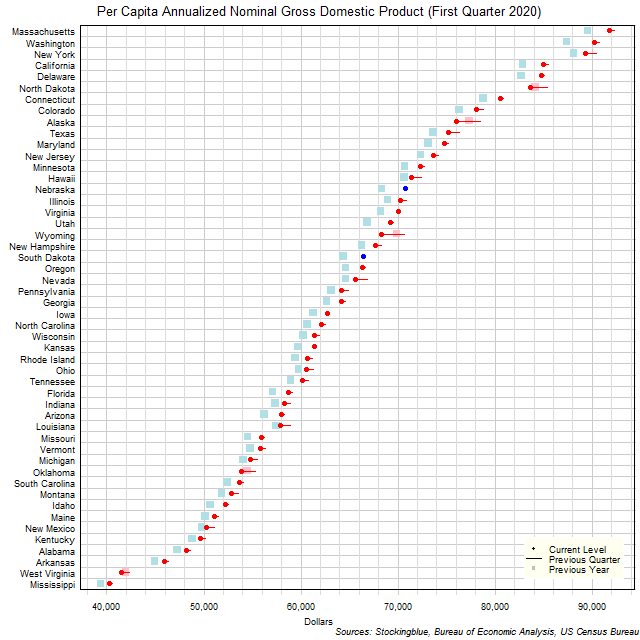 The chart above shows the per capita annualized nominal gross domestic product (GDP) in each US state as of the first quarter of 2020 in dollars, the change from the previous quarter, and the GDP one year prior.  Nebraska and South Dakota were the only states to experience a gain in per capita GDP over the past quarter.

South Dakota (went from 23rd highest per capita GDP to 21st highest) surpassed two states over the previous quarter.  On the flip side, Wyoming (from 17th to 19th), Nevada (from 21st to 23rd), and Louisiana (from 34th to 36th) were each bested by two states over the quarter.  Year over year, Nebraska (17th to 15th), South Dakota (from 23rd to 21st), and Florida (from 35th to 33rd) each rose two spots.  Conversely, Wyoming (15th to 19th) was bested by four states from the previous year.