Long-Term GDP by EU and US State, Fourth Quarter 2019 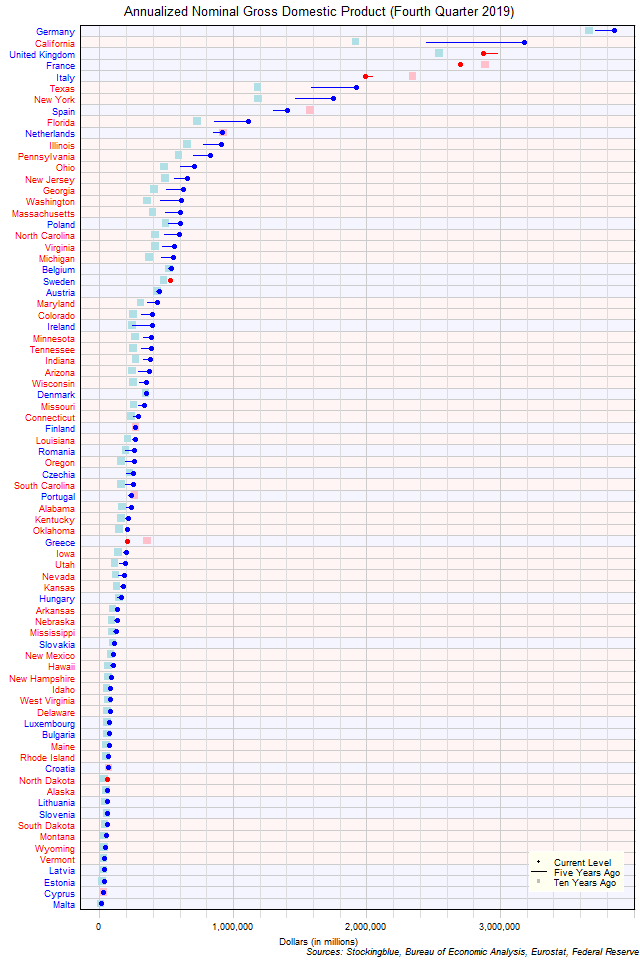 The chart above shows the annualized nominal gross domestic product (GDP) in each EU and US state as of the fourth quarter of 2019 in millions of US dollars, the change from five years ago, and the GDP ten years prior.  Germany continues to be the largest economy but California is hot on its tail.

Ireland (from 36th largest GDP to 27th largest GDP out of 78) overcame nine states in the five year period.  Conversely, Sweden (from 15th to 23rd) and Greece (from 38th to 46th) were each surpassed by eight states in the five year period.  Over the past ten years, Ireland (from 37th to 27th) surpassed ten states, while Greece (from 25th to 46th) was surpassed by 21.