The Correlation between Shadow Economies and Economic Strength in Africa 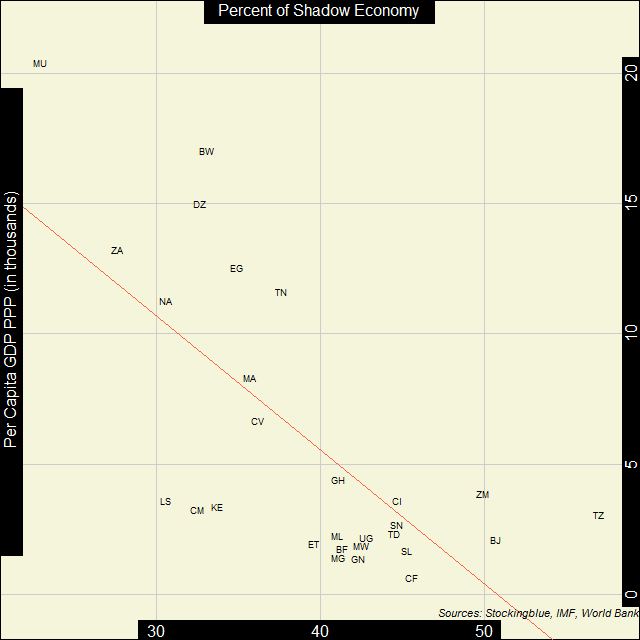 In Africa, the correlation between economic strength and the strength of the shadow economy is pretty strong.  Crime certainly doesn't pay, it seems.

Only seven countries have a per capita GDP PPP of over 10,000 international dollars.  Three of those (Mauritius, Namibia, and South Africa) also have the smallest shadow economies.  The other four are not far behind.

There is a big cluster of countries whose per capita GDP PPP is less than 5,000 international dollars and whose shadow economies all make up 40-something percent of the overall economy.

However, there are also a handful of countries (Lesotho, Cameroon, and Kenya) who make the same amount but have a considerably smaller shadow economy.