EU and US Unemployment Rates, February 2020 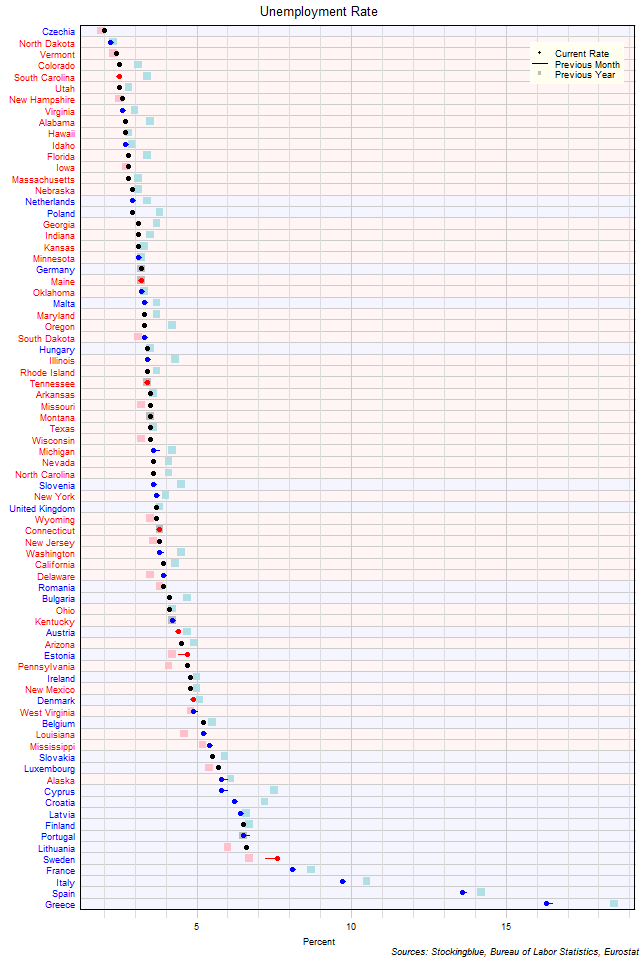 The chart above shows the unemployment rate in each EU and US state as of February 2020 (unless otherwise noted - see caveats below), the change from the previous month, and the rate one year prior.  Czechia, the Netherlands, and Poland are the only EU states with an unemployment rate below three percent.  Fourteen US states have a rate below three percent.

Michigan (from 44th lowest unemployment rate to 38th lowest) bested 6 states between last month and this month.  On the other hand, Tennessee (from 24th to 29th) and Connecticut (from 40th to 45th) were each bested by 5 states.  Year-over-year, Poland (from 38th to 15th) bested 23 states.  Conversely, Delaware (from 25th to 48th) was bested by 23 states.