EU and US GDP Growth Rate by State, Third Quarter 2019 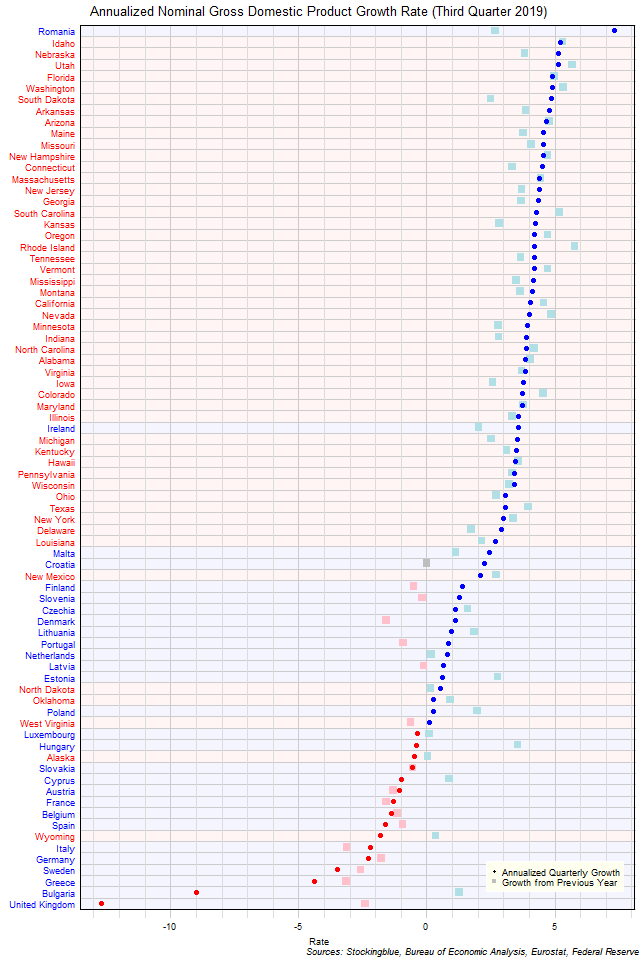 The chart above shows the annualized nominal gross domestic product (GDP) quarterly growth rate when the GDP is priced in US dollars in each EU and US state as of the third quarter of 2019 and the growth rate from one year prior.  Three US states had negative growth over the past quarter or year whereas 19 out of 28 EU states experienced negative growth in either the past quarter, past year, or both.