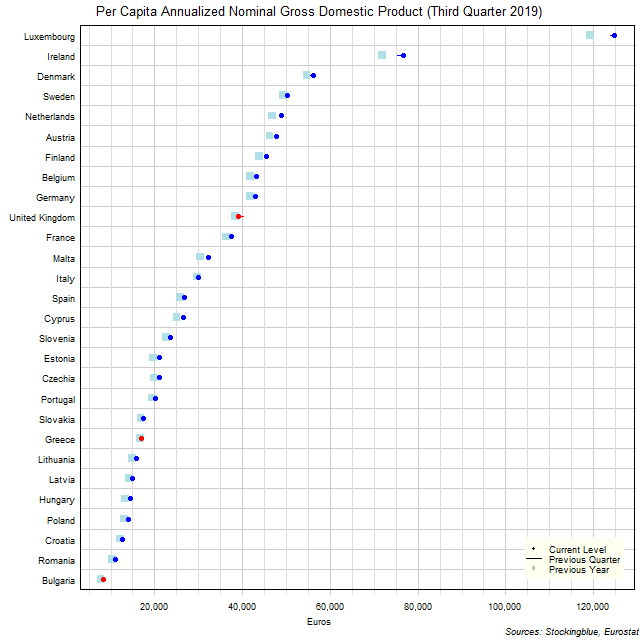 The chart above shows the per capita annualized nominal gross domestic product (GDP) in each EU state as of the third quarter of 2019 in euros, the change from the previous quarter, and the GDP one year prior.  The United Kingdom, Greece, and Bulgaria were the only states to see a drop in per capita GDP over the previous quarter.

Not a single state overtook another in the past quarter.  Year over year, Estonia (from 18th largest per capita GDP to 17th largest) rose one spot.  Conversely, Czechia (from 17th to 18th) fell one spot.