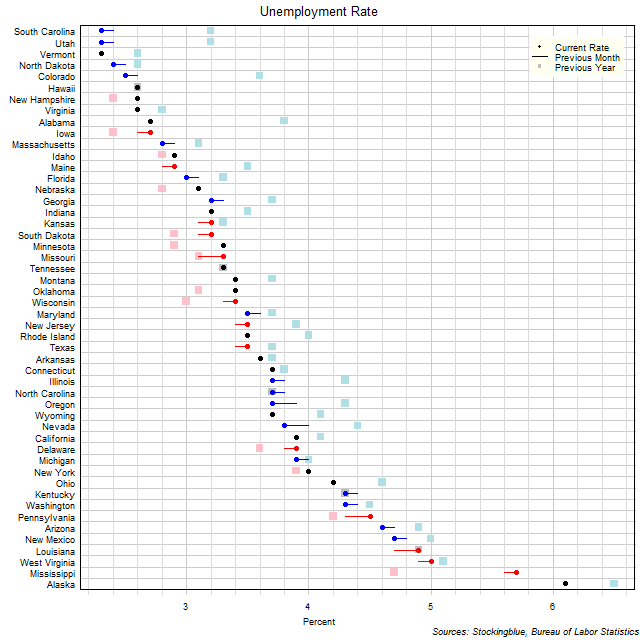 The chart above shows the unemployment rate in each US state as of December 2019, the change from the previous month, and the rate one year prior.  South Carolina, Utah, Vermont, and North Dakota are the only states that have an unemployment rate below 2.5 percent.

Oregon (from 36th lowest unemployment rate to 31st lowest) bested five states between last month and this.  On the other hand, Missouri (from 14th to 20th) was bested by six states.  Year-over-year, Alabama (from 30th to 9th) surpassed 21 states.  Conversely, Delaware (from 22nd to 37th) was surpassed by 15 states.