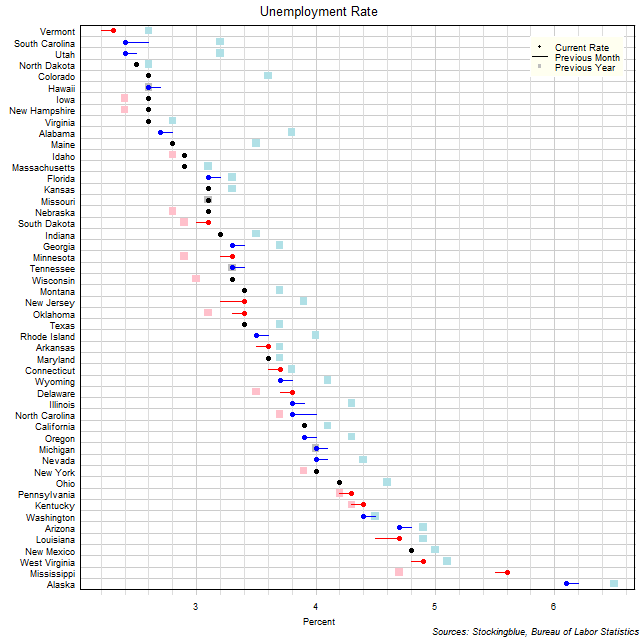 The chart above shows the unemployment rate in each US state as of November 2019, the change from the previous month, and the rate one year prior.  Vermont, South Carolina, and Utah are the only states that have an unemployment rate below 2.5 percent.