The Correlation between Shadow Economies and Economic Strength in Asia 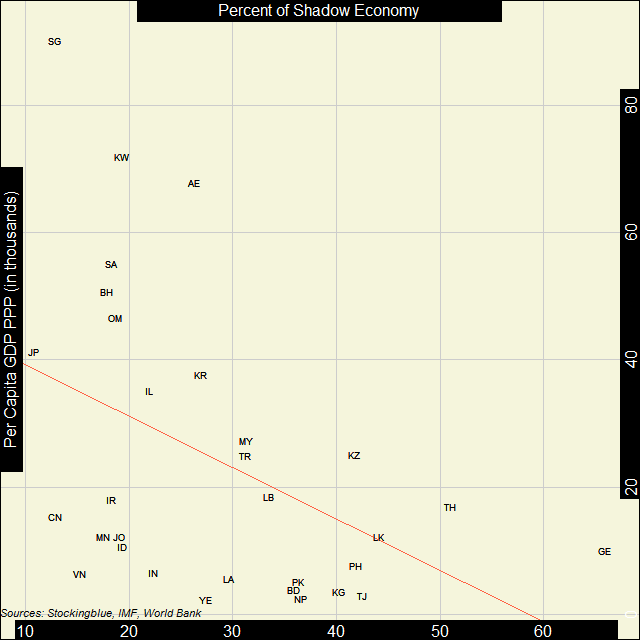 In Asia, the correlation between economic strength and the strength of the shadow economy is pretty weak.  Every country studied on the continent - excluding Thailand and Georgia - has a shadow economy that takes up at most one-half of its overall economy.

Sri Lanka and India are not part of the aforementioned South Asian cluster although they have similar incomes to the other South Asian countries, Sri Lanka has a larger shadow economy and India has a smaller one.