Per Capita GDP by EU and US State, Second Quarter 2019 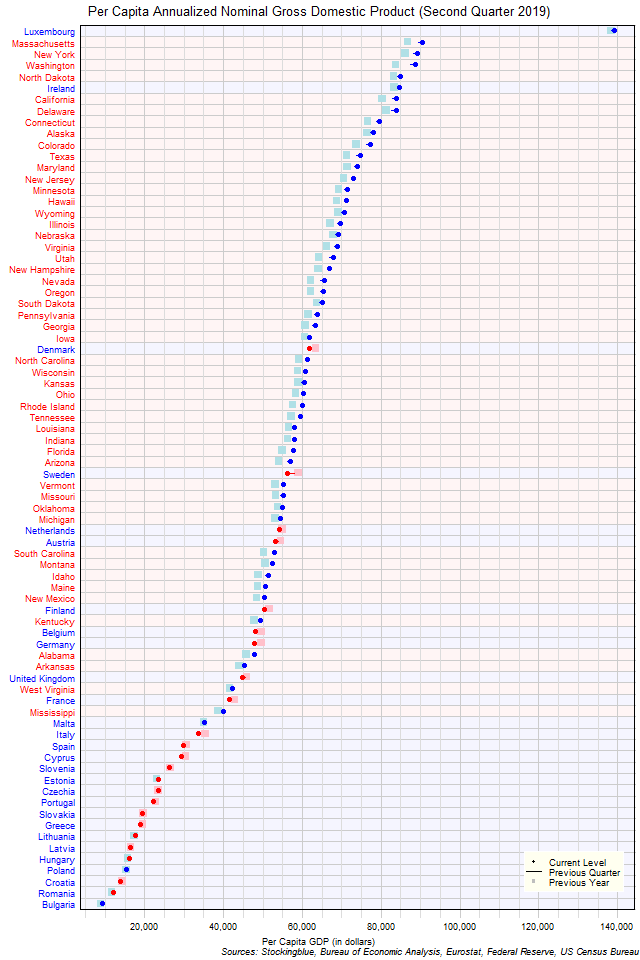 The chart above shows the per capita annualized nominal gross domestic product (GDP) in each EU and US state as of the second quarter of 2019 in dollars, the change from the previous quarter, and the GDP one year prior.  Luxembourg is in a class all by itself.

No EU states surpassed any US states over the quarter or year-over-year.  This disparity is partially due to the rise of the dollar against the euro over the course of the past quarter and past year.