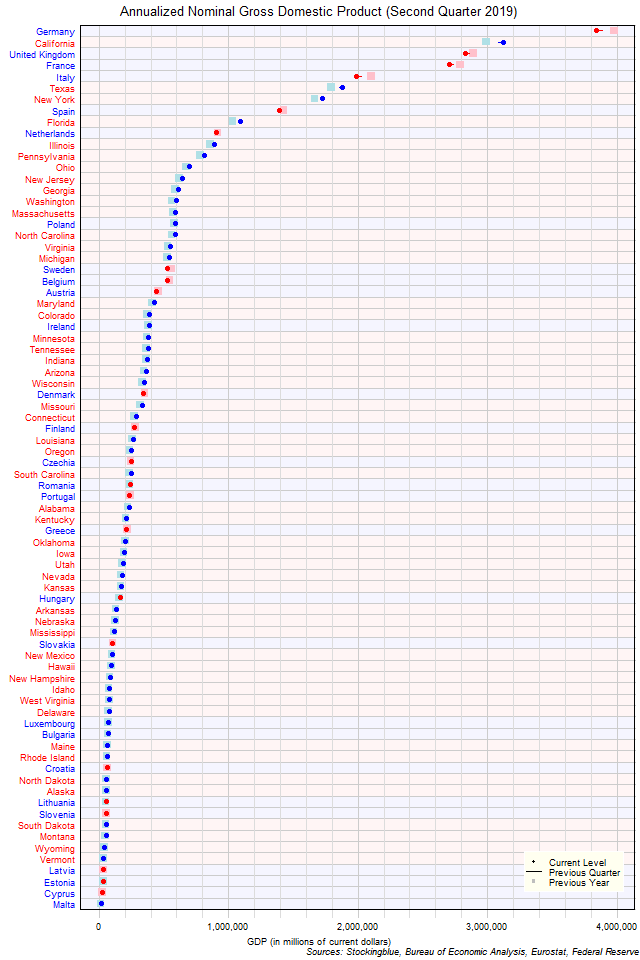 The chart above shows the annualized nominal gross domestic product (GDP) in each EU and US state as of the second quarter of 2019 in millions of US dollars, the change from the previous quarter, and the GDP one year prior.  Only four states in both the EU and the US (three of which are from the EU) have an annualized GDP of over $2 trillion.

Not a single EU state bested a single US state over the quarter or over the year.