The Correlation between Shadow Economies and Economic Strength in Europe 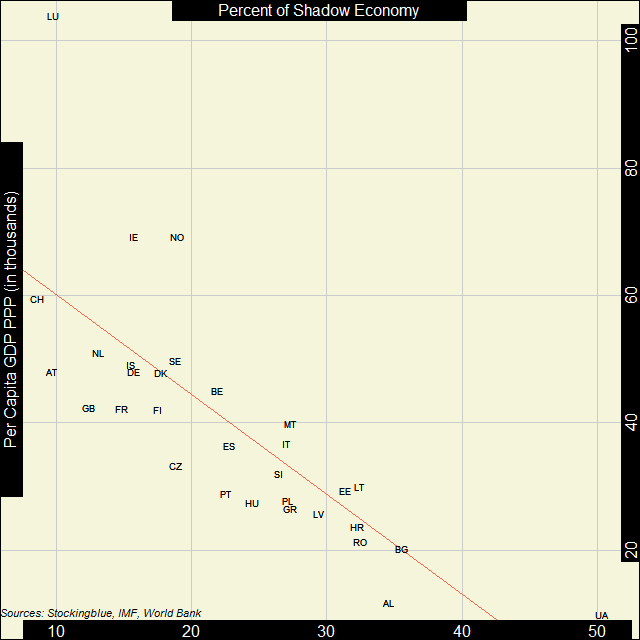 In Europe, the correlation between economic strength and the strength of the shadow economy is pretty strong.  Every country studied on the continent - excluding Albania, Bulgaria, and Ukraine - has a shadow economy that takes up at most one-third of its overall economy.

With the exception of Luxembourg and Ukraine which are the only two outliers in the group, the remaining European nations cluster around each other in geographic blocs.  Nordic and Western European countries all have a per capita GDP PPP between 40,000 and 60,000 international dollars while also limiting their shadow economies to under one-fifth of their overall economic activity.  Ireland and Norway are nearby with a larger per capita GDP PPP.

All countries in South America, except for Chile, have shadow economies that take up over one-quarter of the overall economy, and all except for Chile and Argentina have shadow economies that take up at least one-third of their overall economy.  Uruguay and Peru have less than half of their economic activity in legitimate transactions.