EU and US Regions by Annual Riders per Subway Station 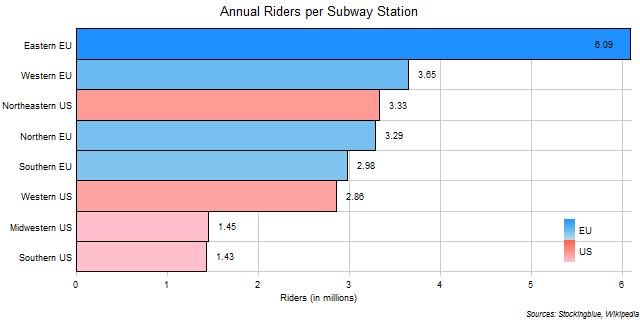 The chart above shows the number of annual riders for every subway station in each EU and US region.  One million annual riders is the equivalent of 2,740 riders a day.  The Eastern EU dominates all other regions.

The Western EU has the most stations by far, the most riders, but comes in second in this metric.  The Eastern EU which tops this metric comes in fourth in number of stations and number of riders.  The Southern US comes in last in all three metrics.