US States by Annual Riders per Subway Station 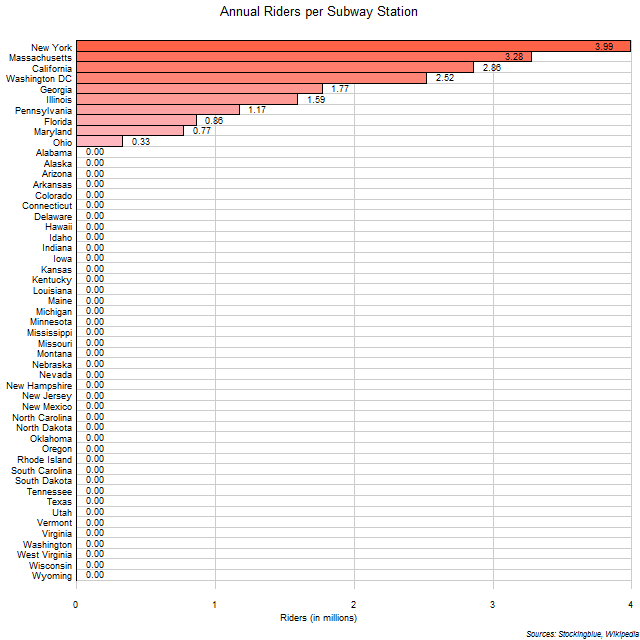 Considering that New York has the most subway stations in the US, but still manages to top this list shows how large the chasm is in subway ridership between New York and the other states.  New York and Massachusetts could get away with adding additional stations in their systems while Ohio, Maryland, and Florida could do with considerably more riders.

New York has three heavy rail systems all in the city of New York.  The New York City Subway has 4.07 million annual riders per station, the Staten Island Railway has 0.42, and PATH has 7.15 (the highest in the country).  California has BART in San Francisco with 2.87 stations per mile and Metro Rail in Los Angeles with 2.81.  Pennsylvania has two systems in Philadelphia.  SEPTA has 1.22 stations per mile and the PATCO Speedline has 0.83.